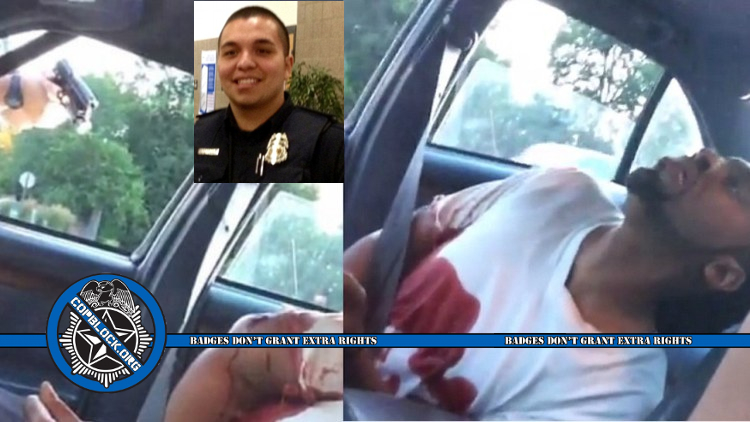 Minnesota Police Officer Jeronimo Yanez has been charged with second degree manslaughter for the shooting of Philando Castile in July of this year. The shooting received a large amount of public attention because Castile’s girlfriend, Lavish “Diamond” Reynolds, posted video using Facebook Live (see below) of the immediate aftermath. Also, Castile’s clean record and the lack of any actions by him to in any rational way justify his shooting created a large public outcry towards police.

Ramsey County Attorney John Choi announced that charge, along with two felony counts of dangerous discharge of a firearm, today. In doing so, he stated, “No reasonable officer would have used deadly force under these circumstances.” Choi also stated, “it is not enough … to express subjective fear of death or great bodily harm.” That’s somewhat of a (welcome) departure from the typical acceptance of a police officer simply proclaiming that they “feared for my life” as a blanket justification for their murders.

Via the Star Tribune:

Choi said he concluded “use of deadly force by Officer Yanez was not justified.” Yanez was charged Wednesday with second-degree manslaughter and two felony counts of dangerous discharge of a firearm.

Yanez fatally shot Castile, 32, July 6 during a traffic stop in Falcon Heights in which Castile informed the officer the he had a gun in his possession. A video recorded by Castile’s girlfriend, showing him bleeding in the car while the officer held them at gunpoint, has been viewed millions of times around the world, and touched off widespread outrage and protests over several years of police killings of black men.

“To those of you may say this incident was Philando Castile’s fault, I would submit that no reasonable officer — knowing, seeing and hearing what officer Yanez did at the time — would have used deadly force under these circumstances,” Choi said. “I have given officer Yanez every benefit of the doubt on his use of deadly force, but I cannot allow the death of a motorist who was lawfully carrying a firearm under these facts and circumstances to go unaccounted for.

In an interview with the Minnesota Bureau of Criminal Apprehension (BCA) the day after the shooting, Yanez provided information that was “inconsistent” with statements immediately following the incident, Choi said.

“Officer Yanez said that as Castile was reaching down to his right, Castile turned his shoulder, kept his left hand on the steering wheel and then canted his upper body, blocking Officer Yanez’s view of his right hand,” Choi said, recounting Yanez’s statements to the BCA. “At that point, officer Yanez articulated that he was scared for his life and that of his partner.
“Officer Yanez’s verbatim statement, included in the criminal complaint, is inconsistent with the statement he made immediately following the incident in which he stated he never saw or knew where the gun was.”

Yanez fired seven times at Castile a minute after he had stopped Castile.

“Philando Castile was not resisting or fleeing,” Choi said. “There was absolutely no criminal intent exhibited by him throughout this encounter. He was respectful and compliant based upon the instructions and orders he was given. He volunteered in good faith that he had a firearm, beyond what the law requires. He empathically stated that he wasn’t pulling it out. His movement was restricted by his own seat belt”…

Before Yanez, no officer had been charged in more than 150 police-involved deaths in Minnesota since 2000. Yanez was summoned to make his first appearance in Ramsey County District Court at 1:30 Friday.

Choi said the charges were filed following 19 weeks of investigation and a review of the dashcam footage and audio footage taken during the shooting.

During a news conference Wednesday, Choi said that Yanez and his partner, Joseph Kauser, pulled Castile over the night of July 6 because he matched the description of a robbery suspect, and noted his “wide-set nose.”

Yanez said he was aware that Castile was buckled in his seat belt. He described Castile as initially having his left arm over the steering wheel with both hands in view. Yanez and Castile exchanged greetings, and Yanez told him about a broken brake light. Yanez asked Castile to produce his driver’s license and proof of insurance. After Castile provided him with the insurance, “Castile then calmly and in a nonthreatening manner said, ‘Sir, I do have to tell you that I have a firearm on me,’ ” Choi said.

Yanez replied OK, then placed his hand on his gun, according to Choi.

Castile responded, “I’m not pulling it out.”

Yanez screamed “Don’t pull it out,” then with his left hand reached inside the vehicle. Yanez withdrew his hand, then fired seven shots in rapid succession.

Castile’s final words, Choi said, were “I wasn’t reaching for it.”

“His dying words were in protest that he wasn’t reaching for his gun,” Choi said. “There simply was no objective threat posed to Officer Yanez.”