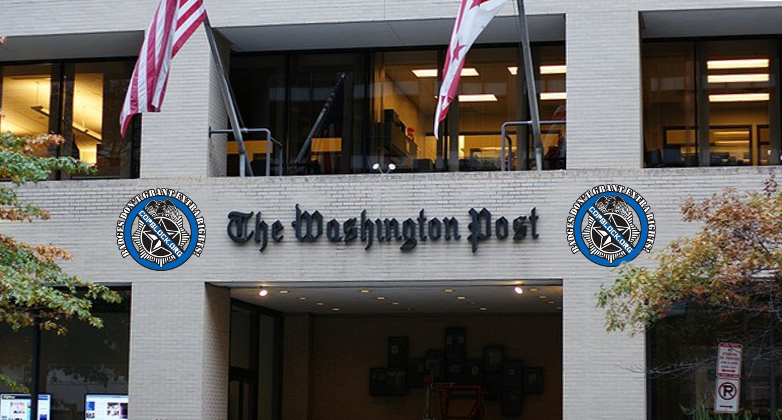 Originally published at the Fifth Column by Justin King

Washington, DC (TFC) – The NY Post ran a piece of propaganda attempting to justify the murder of unarmed people by law enforcement. The outlet framed its article as a rebuttal to a piece by the Washington Post. The Washington Post article was cast as being anti-cop and the NY Post cast itself as the defenders of reality, while basing its response on the numbers provided by the Washington Post. This is how the media shapes the narrative to maintain the appearance of free debate. Each somewhat-respectable outlet established a polar position. The two outlets defined the debate. The Washington Post defined the first position with an investigation into the number of people killed by cops. It then analyzed the data and put out a report. The NY Post responded to that data.

Of course, the data is so inaccurate it might as well have been simply fabricated. The data states that 980 people were “shot dead” by police in 2015, the inference of course being that this is number of people cops killed. The actual number of people killed by cops is 1199. That’s 219 uncounted deaths. The report then goes on to state that 91 were unarmed when they were killed. That’s a little bit of statistical propaganda itself. In the same report, they disclose an additional 33 were “armed” with toys. Another 53 were “armed” with a vehicle. We know that in many cases these shootings are simply executions, such as the 2014 case of Samantha Ramsey. An officer jumped on the hood of the vehicle and fired four times through the windshield, killing the unarmed teen. Another 24 were killed and it is “unknown” whether or not they were armed. If the Washington Post would supply The Fifth Column with the details of those unknown cases, we’d be happy to complete the investigation.

The report states that only 37 of the 980 were “black and unarmed”. That’s an interesting finding. Here’s a list of more than 100 unarmed blacks killed by cops in 2015. 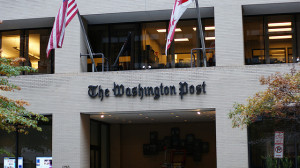 This report can’t be taken as a genuine attempt to examine the problem. Back in June, The Guardian found that 108 unarmed people had already been killed by cops. By September 1st, the number of unarmed dead had risen to 161. The only assumption we can make is that police not only failed to kill an unarmed person in the last third of the year, but they used their superhero powers to bring 70 people back to life. With this amount of statistical manipulation and outright omission of information, the Washington Post has shown the world it is nothing more than a propaganda outlet. There is no way many people will view this much insincerity as a simple mistake.

The Washington Post did its job of making sure the problem appeared less severe than it really is. The NY Post then entered the debate to apologize for the cops and downplay the issue further. Rather than attempt statistical manipulation, it used inflammatory and manipulative statements to discredit already bogus statistics. Check out this gem:

“The majority of those killed were brandishing weapons, suicidal or mentally troubled or bolted when ordered to surrender.”

Even using the bogus numbers put out by the Washington Post, they find reason to argue. It was pointed out in the original report that 40% of those killed while unarmed were black. The NY Post responded by stating:

“This ignores the fact that black violent-crime rates are far higher than those of whites. According to the Department of Justice, blacks committed 52.5% of the murders in America from 1980-2008, when they represented 12.6% of the population.”

The propaganda in this statement is a plea to authority while presenting an unrelated statistic. It would be interesting to see how the author would explain how violent crime rates compiled 8 years ago justify the murder of unarmed people. There is no connection.

The best part is when the NY Post lowers the figures from the original report.

Both articles attempt to show the problem isn’t really that bad. Even using the propagandized bogus figures, cops kill unarmed people roughly 10% of the time. The real numbers are much higher, but even using the bogus statistics 1 out of 10 police shootings is of an unarmed person. Imagine a fast-food joint that got your order wrong 10% of the time. Imagine a doctor that lost 10% of her patients. Let’s make it even more mundane: imagine you showed up late for work 10% of the time. These would all be seen as huge problems that need to be addressed.

Remember the roughly 10% figure is obtained by using their intentionally misleading and lowered statistics. The real number is somewhere between 15% and 20%.

This is how the media defines the debate and shapes the narrative of the country while providing the appearance of a free press. The outlet that brought us Woodward and Bernstein should be ashamed of how low it has sunk. The outlet that is seen by many as the most respected outlet in the country apparently can’t count. If the staff of the Washington Post can’t find widely available numbers or simply can’t count, how can it be trusted to explain international affairs?

This is why The Fifth Column was created. If you’d like to see expanded print, radio, and video operations from TFC, please consider donating to our expansion fundraiser.

Editor’s Note: As a result of these blatantly propagandized articles, both the Washington Post and the NY Post have been removed from TFC’s list of “credible sources.” Neither outlet can be sourced by our journalists without being backed up by a more legitimate news outlet.