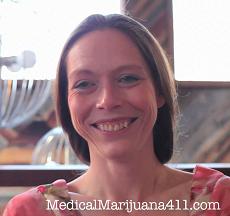 An 11-year-old child was detained and questioned by “authorities” – without a parent present – after he dared to question misinformation about cannabis being fed to him and other students at his government school. To make matters worse, the cops then executed a search warrant on his mother’s home and arrested her for possession.

The Human Solution International (THSI) reports that well-known medical cannabis advocate Shona Banda contacted them with a disturbing account of what happened to her son, and the even more disturbing aftermath.

It seems that on March 24th, Shona’s 11-year-old son was at government school and, like his peers, was listening to a drug “education” presentation. As you can expect to happen at these things, the instructor was giving misinformation about cannabis.

Shona’s son bravely stood up and questioned the presenter. But since this is government school and kids have no Free Speech rights, rather than listen to the boy, school authorities instead chose to detain him and bring cops in to question him, with neither a lawyer nor his parents there with him.

To make matters worse, nobody bothered to tell Shona that her son was being detained – she called the school to ask where he was when he didn’t show up at home as expected.

After detaining her son because he dared to question his government school masters, cops executed a search warrant on Shona’s home, and charged her with possession of two ounces of cannabis flowers and one ounce of cannabis oil.

For the horrible crime of possessing plant matter, Shona has temporarily been denied custody of her son, and instead placed in the custody of his father, Shona’s ex.

Shona’s next court date is scheduled for Monday, April 20. Though she doesn’t know what to expect, she promises to fight until the bitter end.

“They don’t have a clue that I’m walking in with [my] head held high, proud of who I am and what I do.”