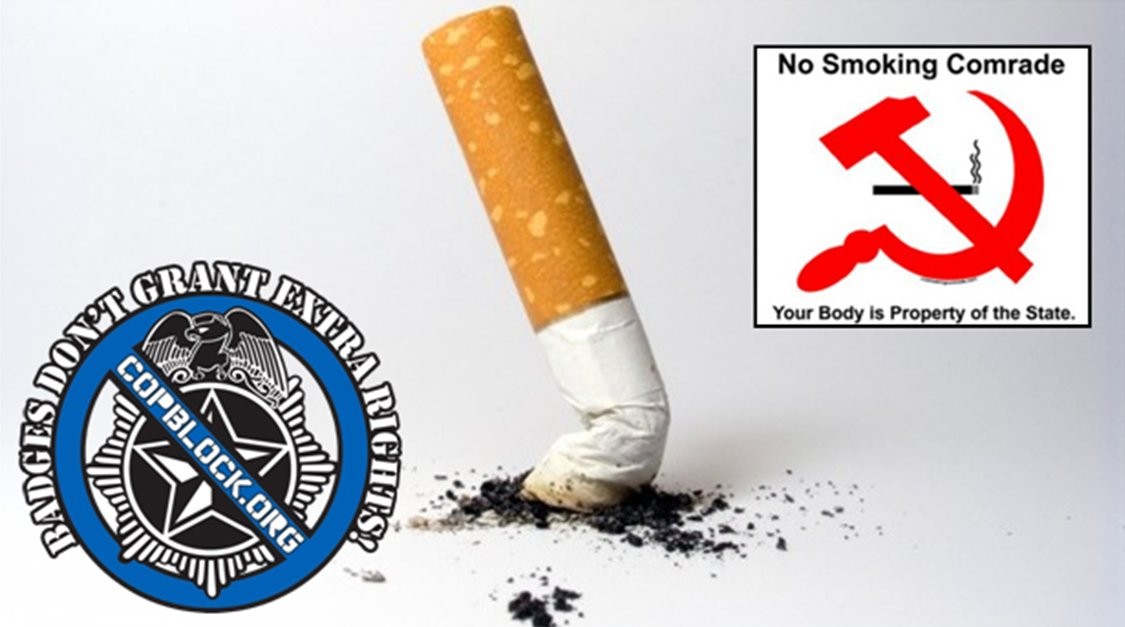 The entire premise of government is the assertion that there exists a higher claim over our own bodies and property than we have. These claims are made manifest in things like taxation, licensing, and vice laws.

By mandating a subjective moral preference, laws and regulations prohibiting vice usurp an individual’s liberty to make personal choices. This inhibits and disincentivizes the ability to learn from such choices, to grow, and to develop pertinent life experience.

Under the threat of the use of force, namely robbery through fines or kidnapping through imprisonment by state enforcers like police, the moral crusaders often unilaterally assert their dominance over us regardless of popular sentiment.

This was certainly the case in Attleboro, Massachusetts, when at the end of last year, the city’s health department “proposed” a ban on the sell of tobacco to anyone younger than 21, and an outright ban on nicotine products like e-cigarettes and vaporizers regardless of age.

Health Officer Dr. Christopher Quinn said at the time that state law gave him the power to undermine local residents by unilaterally imposing sanctions on all city businesses that sell the products.

The “proposal” came on the heels of Massachusetts Senators Elizabeth Warren and Ed Markey joining congressional lawmakers to support similar federal legislation. That bill, called the Tobacco to 21 Act, still sits in the senate.

Small-business owners in Attleboro expressed their discontent at a public hearing, saying that the new rule would hurt their businesses, but Health Czar Quinn said he was empowered from on high to regulate anything he deems a public health risk.

“It’s not as if the Health Department is doing something that’s against the wishes of the general public of the City of Attleboro,” Quinn asserted despite the large public outcry – from not only business owners – but from young adults that would be affected by the measure as well.

Quinn’s attitude typifies that of government employees and is best described in the words of the great 19th century French philosopher and economist Frederic Bastiat, who called such a mindset “the superhuman idea” in his seminal short work, The Law:

Health officials did ultimately decide not to completely ban the sell of flavored nicotine products like e-cigarettes and vaporizers, but it became law in Attleboro on January 1 that the sell of all nicotine products to those under the age of 21 – including electronic devices – is now prohibited.

“When you are 18, you can sign up for the military, get handed an M4a1 rifle, shipped over seas to fight against suicide bombers,” local resident, who is active in the Massachusetts Libertarian Party, Max Sand told me. “You can vote for the people who get to decide which country to send you and your rifle to, but somehow, they consider a pack of smokes… too dangerous for you. Welcome to America 2016.”

Quinn said stores that dare to engage in such a devious black market activity will now face fines, and have their licenses revoked if they are caught selling the products twice in one year.

“Don’t get caught. If you can’t take on this responsibility, don’t stay in Attleboro. Go to Swansea,” the Health Czar said. “My goal is to keep these things out of the hands of kids and prevent another generation of addicts.”

Unknowingly, Quinn relates the ridiculousness of this own initiative. What use is the regulation if 18 to 20-year-olds can simply go to the next town over to buy their nicotine products? Doesn’t this simply mean that city businesses – and as a byproduct – the local government, are essentially giving away revenue to neighboring communities?

Well, if it made sense, it wouldn’t be government – but what about this “addicts” nonsense? Yes Quinn, I’m sure that local police have had an ongoing problem with depraved tobacco users breaking into homes in order to chase the brown dragon.

Area residents aren’t happy with the Health Czar and have expressed similar sentiments about the regulations.

“The health guy Quinn claims its all because of health risks and he wants to protect the kids,” a local named Jessica told me. “So at 20 years old when you are no longer a teenager and officially an adult, you’re still just a dumb kid who needs protection from your own “stupid” decisions? I say boycott cigs in Attleboro and see how fast they change their tune when they start losing that tax money.”

Attleboro now joins almost 100 other towns and cities in Massachusetts that have prohibited the sale of tobacco and other nicotine products to anyone younger than 21. Next in the sights of local regulators, is the town of Plainville, where Board of Health members are expected to vote on a measure at their next meeting in April.