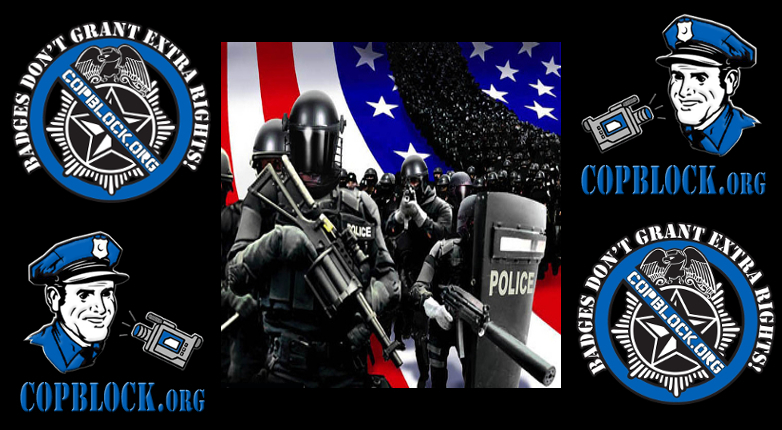 The following post was shared with the CopBlock Network by Anneliese Abreu, via the CopBlock Submissions Page.

I was doing my normal weekly checkup on politics when I came across a commercial for Bernie Sanders about Eric Garner. The first question that popped up in my head was, “Well, who is Eric Garner?”

(I warn you, this is about to be the first time I publicly rant without any filter.)

Eric Garner was a father, a husband, a friend who died for stopping a street fight. Because of his race, he was charged with selling illegal cigarettes, was put in a banned choke-hold and was killed by an NYPD cop. I understand if you wouldn’t want to continue reading this, as I am about to rant like never before.

Police brutality has been going on for so long to the point where minorities are defeating their lives. We Americans like to brag about our country, when in reality the inside of our country is full of hatred. People like to say that the worst times where racism occurred were in the 60’s, but in reality it never stopped.

People have died for our equality! Died! If people dying didn’t change anything, what will it take to change the hatred in people’s eyes when they see a group of kids hanging out on the street?

I’ve been thinking about this, and never have I ever thought about taking it back. Ever since I was younger, I’ve always wanted to join the military, always. I wanted to fight for this oh so great country. You know what’s great about this country?

“We hold these truths to be self-evident, that all men are created equal, that they are endowed by their Creator with certain unalienable Rights, that among these are Life, Liberty and the pursuit of Happiness.”

That’s the first sentence in the second paragraph of the Declaration of Independence. The happiness fades from me when I read this sentence. I will NOT fight for a country built on false hopes and where lies are fed to you. There are too many people DYING out here and they are not being afforded the rights of life, liberty, or of any type of happiness.

If only people wouldn’t be afraid to step outside and actually say this. We need to step out of our shells and fight against this horrible treatment. If this means I have to stand alone, THEN SO BE IT!