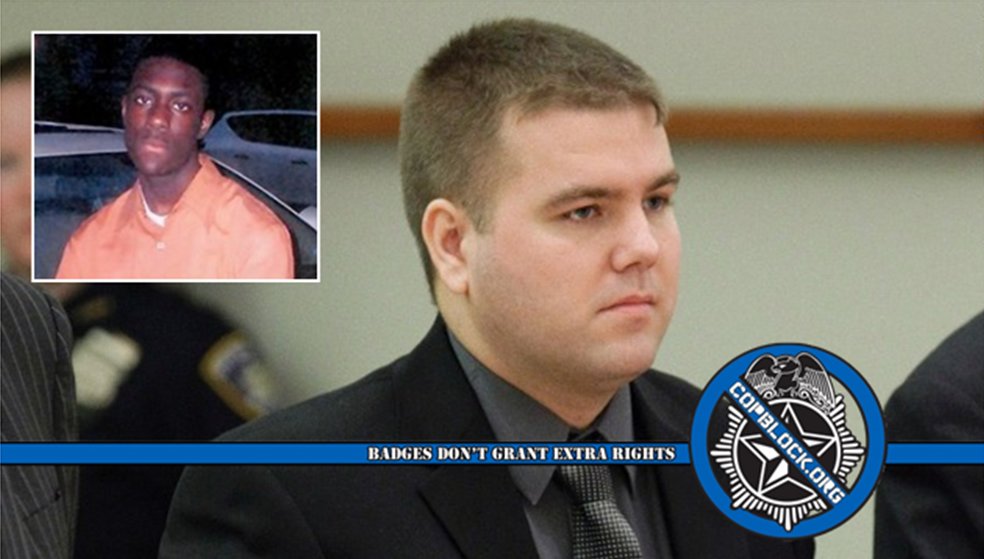 Federal prosecutors decided earlier this month to not charge an NYPD officer who followed an unarmed teen back to his home, barged into his bathroom and killed him in front of his grandmother and 6-year-old brother.

Prosecutors said officers were conducting a narcotics investigation and first spotted 18-year-old Ramarley Graham on Feb. 2, 2012 when he walked into a Bronx bodega with two other people and then immediately walked back out.

The cops claimed they saw Graham adjusting his waistband and believed he had a gun so they followed him to his home where officer Richard Haste entered the residence and then forced his way into a bathroom.

Haste fatally shot Graham once in the chest and said he opened fire because the teen faced him “with his hand in his waistband” and then proceeded to make “a motion as if he were pulling something out of his pants.”

The officer said he feared for his life and “responded to a deadly threat,” but no weapons were found on Graham or elsewhere in the apartment. A bag of marijuana was recovered in the toilet where the teen was standing.

Following the incident, Haste was reassigned to his department’s fleet services division and indicted on a manslaughter charge. A judge dismissed the case however after determining grand jurors were improperly instructed by prosecutors.

A new grand jury declined to re-indict Haste but federal investigators launched a probe into the case. Now, four years latter, the U.S. attorney’s office in Manhattan said prosecutors will not bring federal charges against the officer.

They said their probe found “no evidence to refute officer Haste’s claim that he shot Mr. Graham in response to his mistaken belief that Mr. Graham was reaching for a gun.”

An internal disciplinary proceeding against Haste had been on hold pending the outcome of the federal investigation and the NYPD says that the officer is still on “modified assignment.”

The outcome of the case is not uncommon. Over the last 20 years, charges have not been brought against United States police officers in 96 percent of federal cases involving alleged civil rights violations.

According to a recent investigation by the Pittsburgh Tribune-Review, federal prosecutors turned down 12,703 out of 13,233 total complaints against cops between 1995 and 2015. By comparison, they only turned down charges in about 23 percent of all other criminal cases.

Prosecuting a federal civil rights case against a police officer is notoriously difficult because there is a much higher standard than that of a misconduct case brought at the state or local level. Prosecutors must prove that an officer “willfully” deprived someone of their rights.

This means that if a cop acted negligently or recklessly – or thought their actions to be legal at the time, they are exempt from federal charges.

In a statement made on March 8, U.S. Attorney Preet Bharara said his office determined in the case against Haste that “there is insufficient evidence to meet the high burden of proof required for a federal criminal civil rights prosecution.”

The lawsuit alleged that after Haste shot Graham in the bathroom, he threatened to shoot the teen’s grieving 58-year-old grandmother who had asked why her loved one had been gunned down.

“Why did you shoot him? Why you killed him?” the grandmother reportedly asked.

The suit said Haste responded by pushing the woman backward into a vase and said, “get the fuck away before I have to shoot you, too.”

Graham’s father, Frank Graham, called the decision not to bring charges against Haste “heartbreaking” and “frustrating” – and said “we’ll just move onto the next fight, which is firing the officers immediately.”