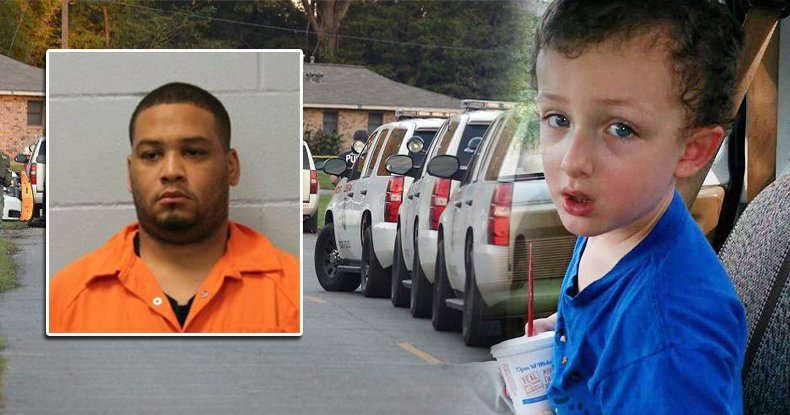 Marksville, LA. Police Officer Derrick Stafford was sentenced earlier today to 40 years in prison for the November 2015 murder of six year old Jeremy Mardis. Last week Stafford was convicted of manslaughter and attempted manslaughter for the shooting of Mardis and his father, Christopher Few, who was badly wounded but survived. (See below for videos of the actual shooting.) Technically, Stafford was sentenced to 55 years, but the fifteen years he received for attempting to kill Few will run concurrent to the 40 year sentence.

As has been reported several times already on the CopBlock Network (primarily by Brian Sumner and also by me personally), Mardis was killed by Stafford and Norris Greenhouse Jr. after a short car chase. Stafford and Greenhouse, who were working as Deputy Marksville City Marshals at the time, claimed that they had to defend themselves after Christopher Few had backed into Greenhouse’s vehicle.

However, body camera video showed that not only had Few, who was unarmed, stopped prior to the shooting, but that he had also raised his arms outside the window of his SUV. Other officers at the scene, including Marksville Police Lt. Kenneth Parnell, whose body camera recorded the video, did not fire their weapons and also testified that they did not do so because they did not “fear for their lives.” That “extremely disturbing” footage was later cited by Colonel Mike Edmonson of the Louisiana State Police as one of the reasons why charges were filed against Greenhouse and Stafford.

After the shooting it was revealed that Few and Greenhouse were involved in a “love triangle” involving Few’s fiancee, Megan Dixon. Prior to the shooting there had reportedly been several prior confrontations between the two. Also, just prior to the beginning of the chase that culminated in the shooting, Few had been arguing with Dixon and attempting to convince her to come home with him.